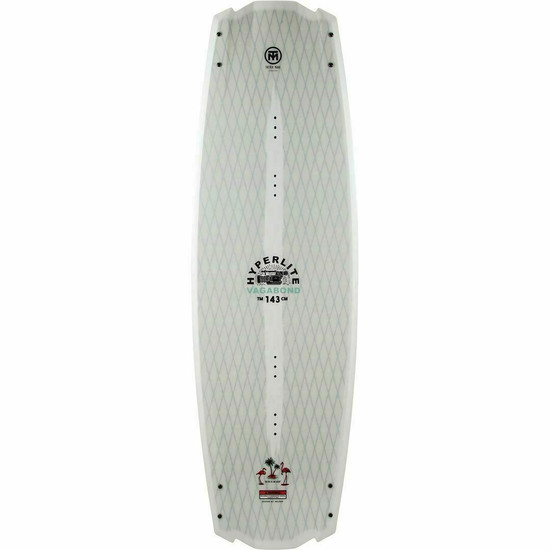 Designed for behind the boat riding.

Consistant, predictable pop off the wake.

Freeriding has never looked so good; channel your inner Dog Dayz with the Vagabond.

Trever Maur has carried on the west coast ride style but his first ever pro model, the Vagabond, was shaped from his riding experiences across the globe. Trever demanded a deck that would carve freely helping him link tricks and dig deep while slayshing the wake, hello Continuous Rocker. He also likes to build his edge gradually as he nears the wake. The Vagabond is the first board to feature Fell Length Curved Flow Channels (CFC). The CFC’s pull the board’s primary edge deeper into the water on approach to the wake maximizing a rider’s pop. Between the inserts the Vagabond’s rail is shaped with a 8 degree bevel for forgiveness on wakes and on rails but near the board’s tip and tail the rail shape sharpens increasing edge hold. Exiting the Vagabond is a single Concave Gate adding a bit of boost to the board’s pop and optimizing tracking.